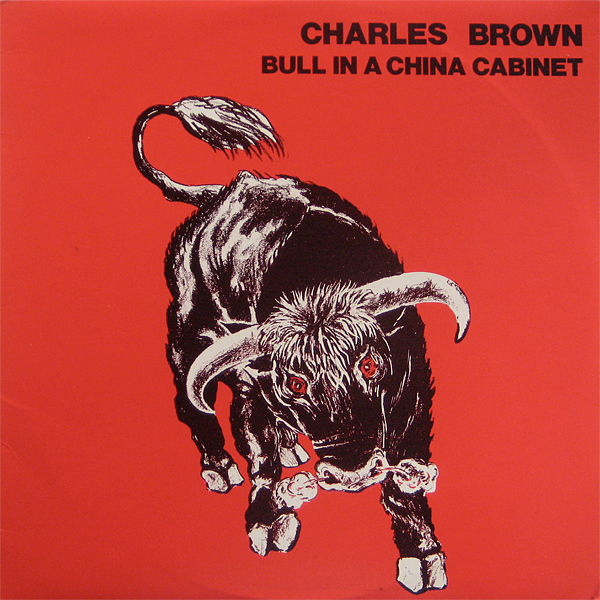 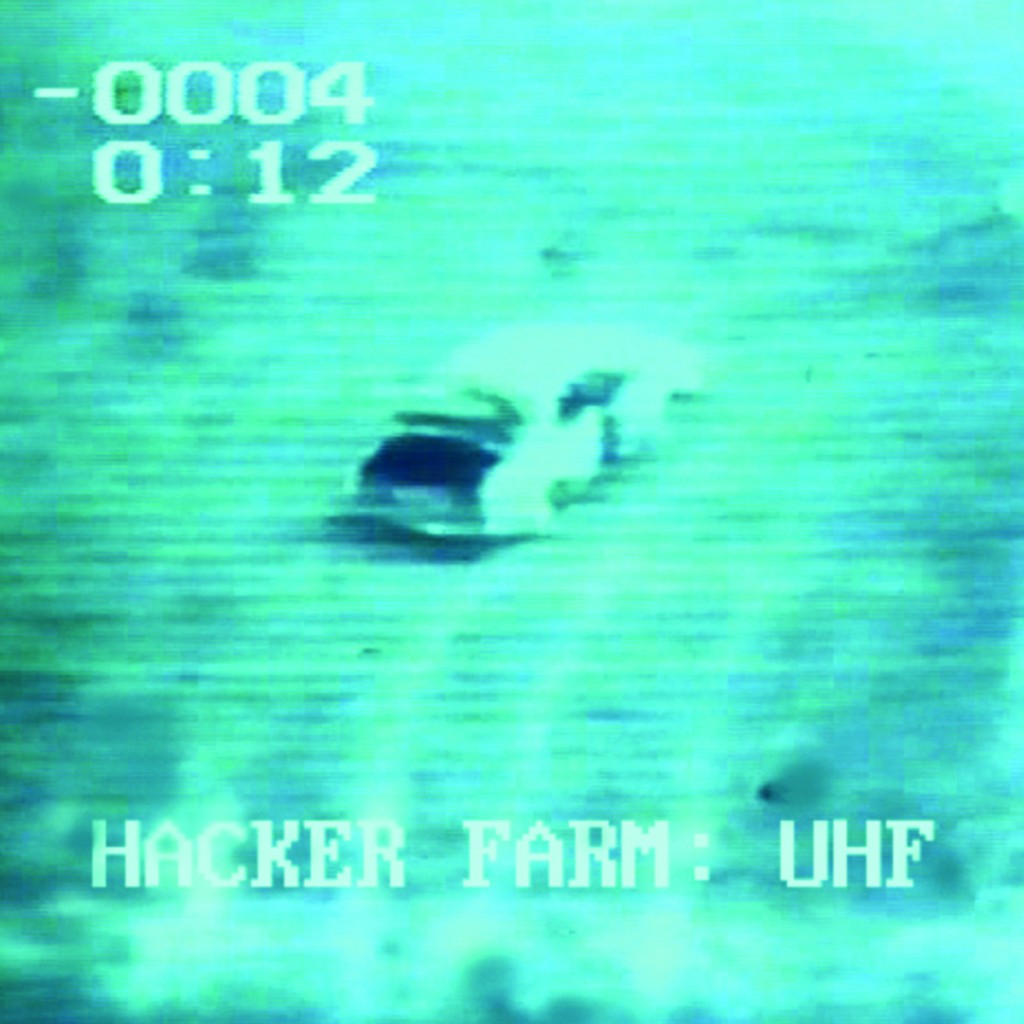 In the second half of the 1980s, Memphis Group kingpin/post-modern genius Ettore Sottsass designed several flagship showrooms for ultra-hip activewear brand Esprit, under the auspices of his own studio, Sottsass Associati. 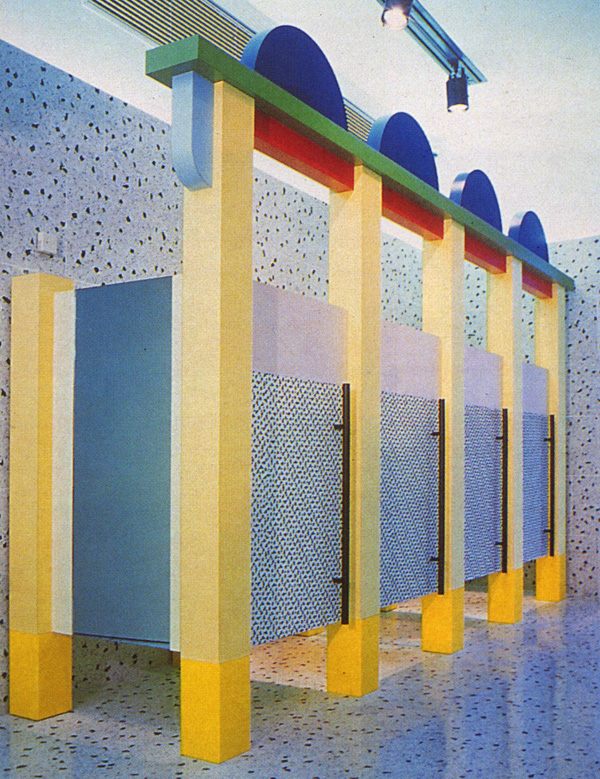 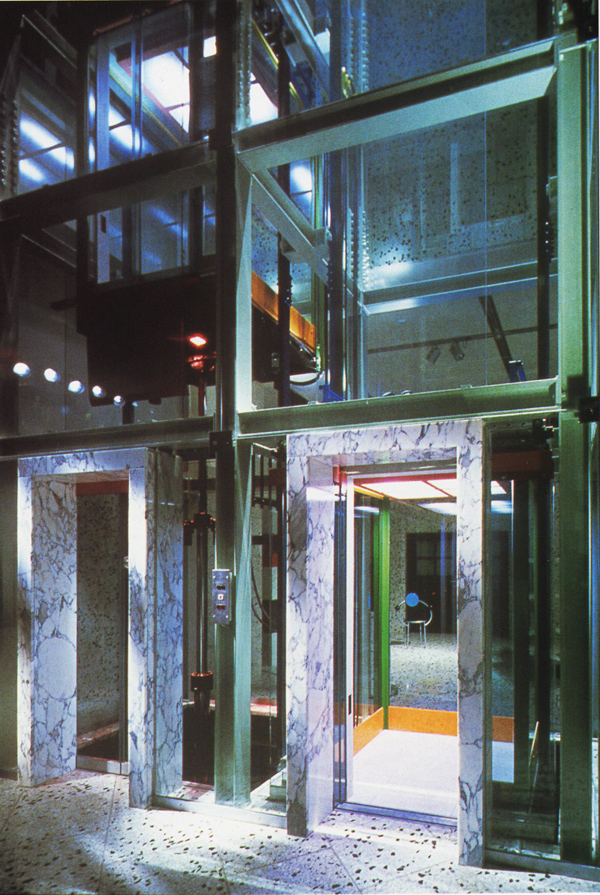 I recently came across an overview of the 4 showrooms (3 in Germany, one in Melbourne) in a publication called “International Contract Design Volume 1″, a showcase of outlandish, super-conceptual interiors from 1988. Each is a perfectly restrained riot of intersecting surfaces, matching bizarrely luxurious textures (marble, burl, polished chrome) with extreme color pops and his signature graphic laminates.

Though the images are a bit washed-out, this is the best collection I’ve yet come across of Sottsass Associati’s commercial works, so I’m happy to share them here. What I love most is the designer’s ability to keep the forms from flying into pure whimsy with a strict adherence to geometry, creating playful dynamics through architectural juxtaposition instead of free-form expressionism (ala Gehry, et al.) 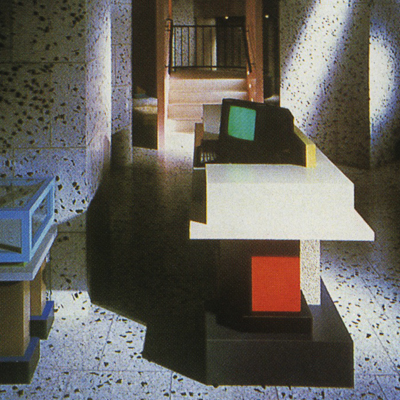 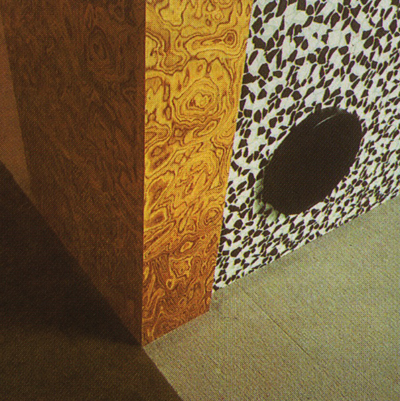 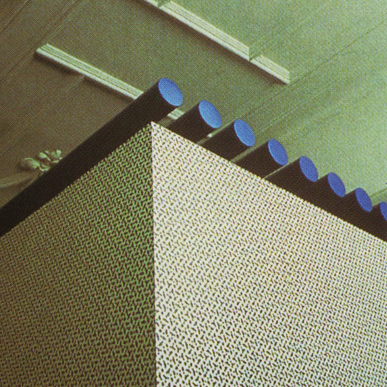 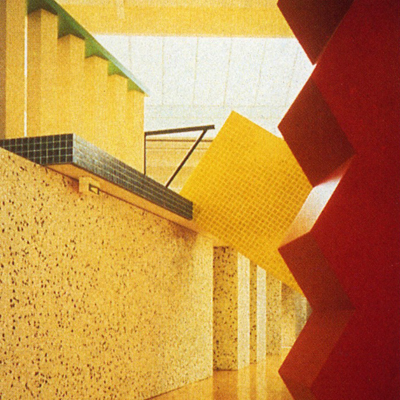 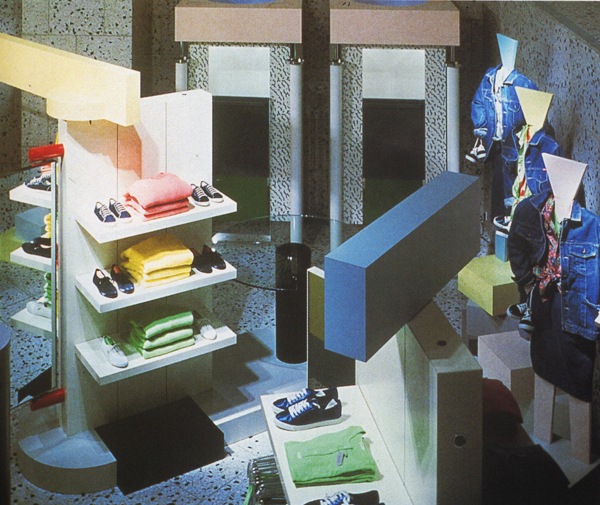 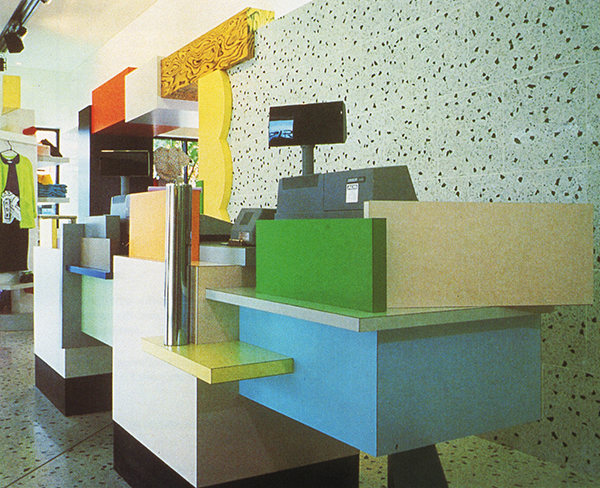 I recently stumbled across this 1990 gem, a survey of the legendary Cranbrook Academy of Art, one of the most storied US design schools, whose illustrious alumni list includes designers Harry Bertoia, Charles and Ray Eames, and Eero Saarinen. While some the most important design moves of the 20th century were made at Cranbrook in the 1940s and 50s, this volume deals exclusively with the school’s output from the years 1980-1989, and puts on display some truly original, reality-bending work, across graphics, interiors, products, and conceptual prototypes. 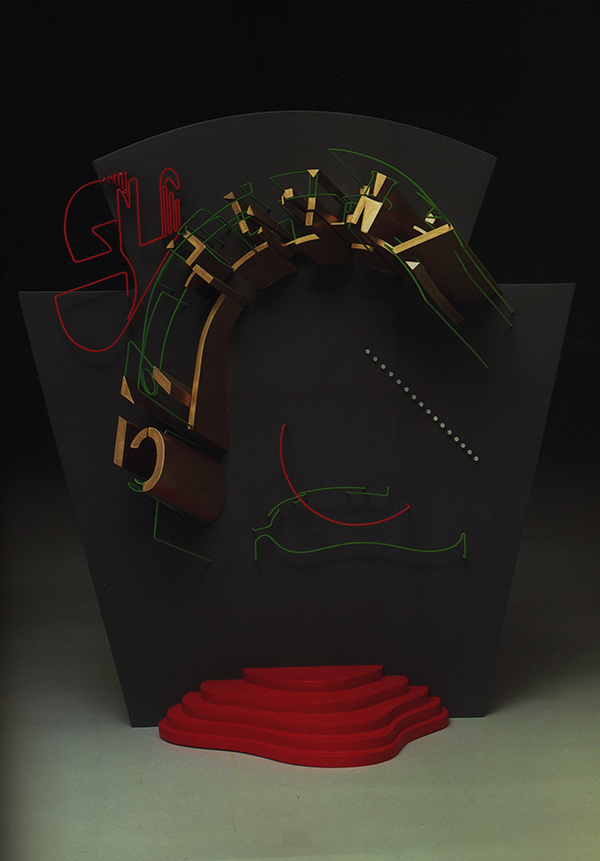 Much of the work falls under the heading of what the school’s faculty deems “interpretive design”, where the signs and symbols of culture as a whole have just as much bearing on form as function and manufacturing. This leaves space for plenty of poetics and post-modern “vernacular” touches, with an optimistic spirit.

Some of the pieces are easy to discount as time-frozen novelties, but the expressive, free-associative impulse is powerful, especially since it has all but vanished from product design today. Most of it is playful, pre-blobject futurism, with a transgressive edge.

The dissection and reinterpretation of brand “vernaculars” was an avant-garde practice that Cranbrook pioneered, simultaneously deconstructive and capitalist. Such experiments with brand identities were still de rigor during my time in Carnegie Mellon’s design department, some 20 years later. Robert Nakata’s totem to the Heinz aesthetic (pictured) is incredible in its tongue-in-cheek abstraction, executed with a hi-fi sheen. A consummately “corporate” product of absolutely no practical use.

Enjoy some of the more colorful bits from collection below: 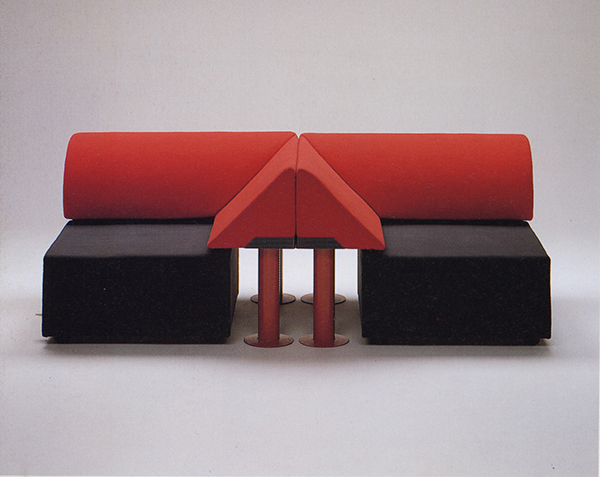 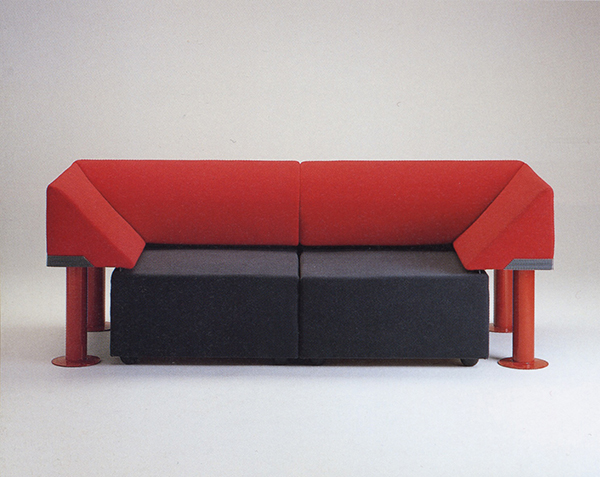 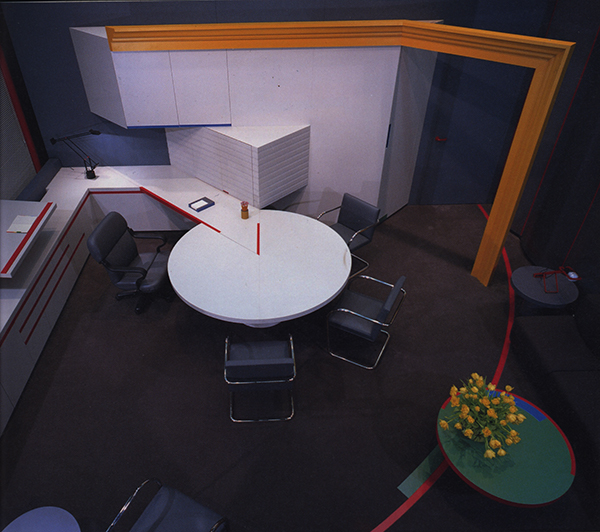 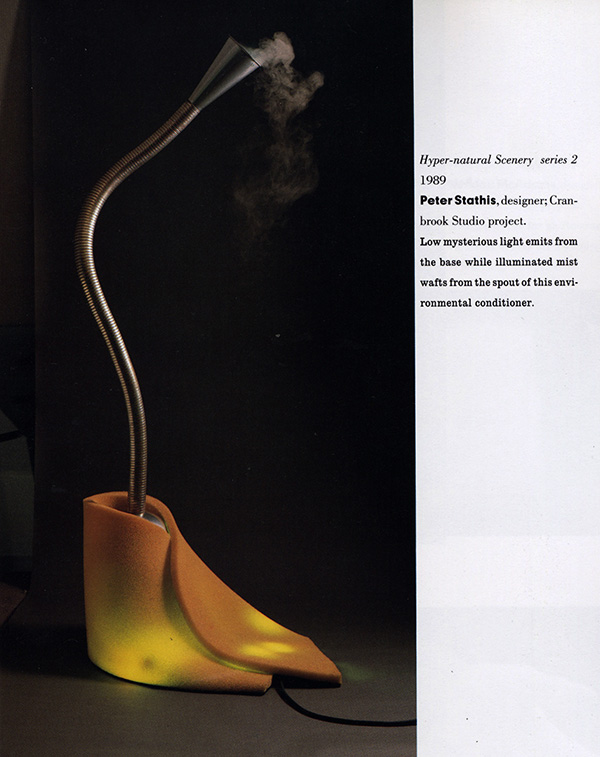 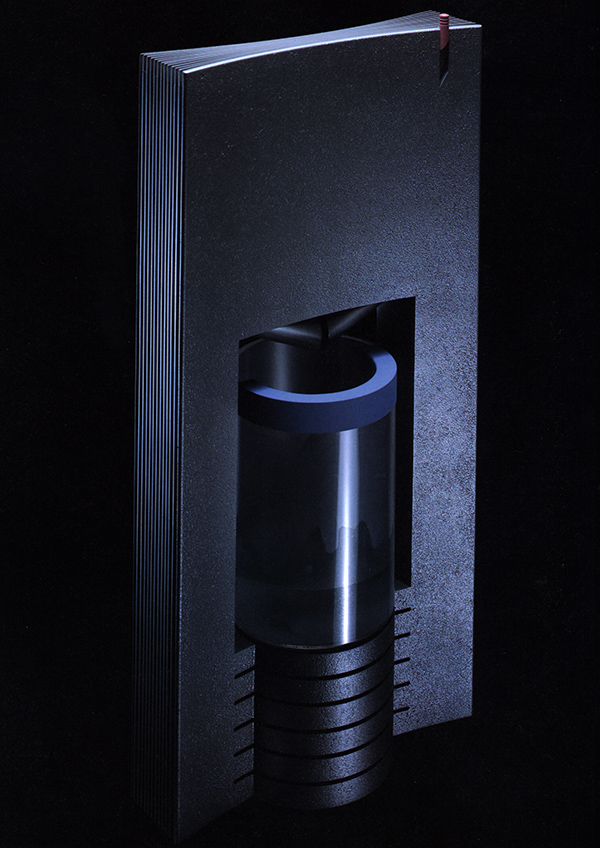 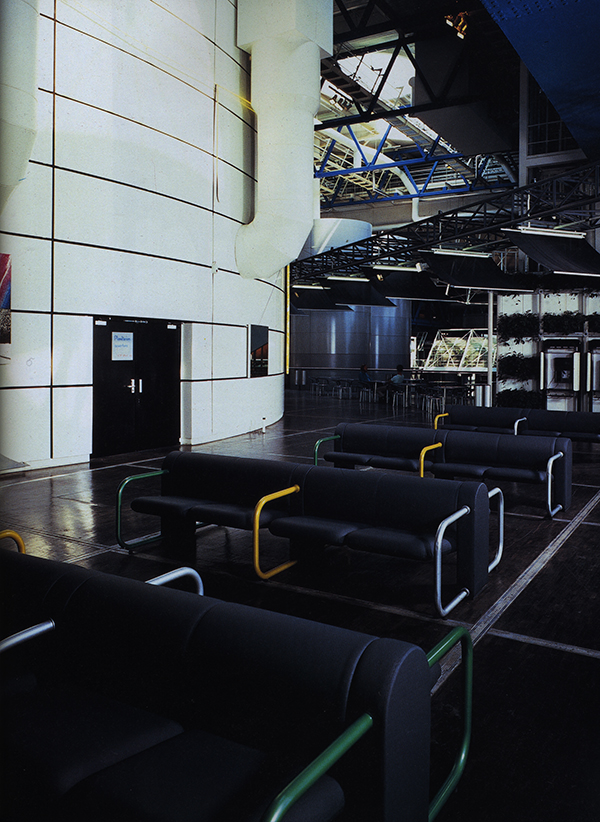 One of the more enigmatic projects on display is Peter Stathis’ “Hyper-natural Scenery Series”. The two pieces are improbable “future objects” that create counterfeit mood effects. One is a lamp-like neck that emits fog, wrapped in a glowing sheet of foam, the other a sleek black rock that mimics the glow of a fire.

Similarly, a largely unexplained model of a “computer” by William Wurz (it’s basically a black touchscreen “pool” of information, complete with synthetic grass), is simultaneously prescient and innane. Genius or goof? 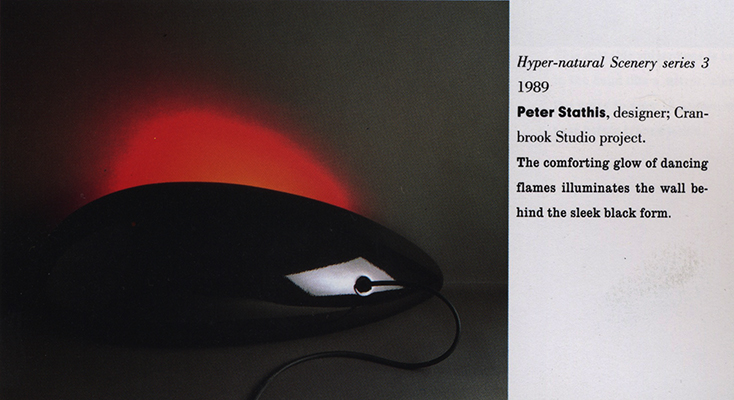 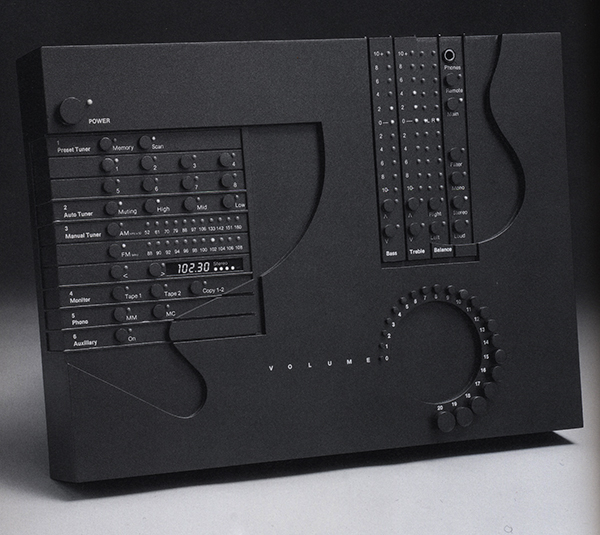 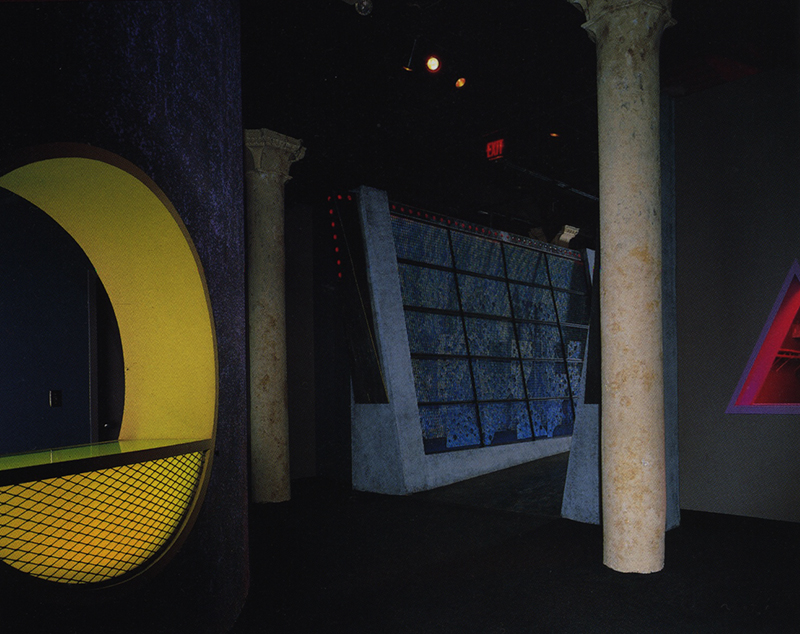 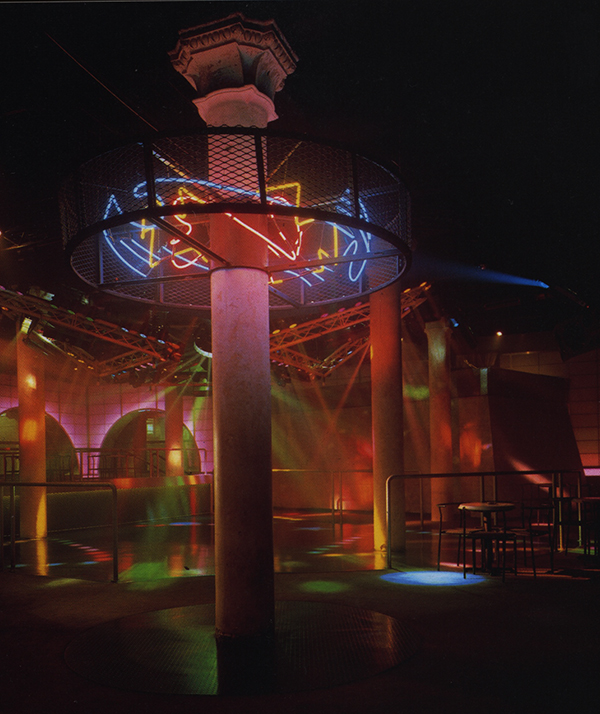 As far as over-arching aesthetics go, Robert Venturi is an obvious influence (in his appreciation of cross-brow, “vernacular” tropes) alongside post-Memphis structuralists like Peter Shire and Michael Graves.

The charm of this collection really lies in its ability to show a group of likeminded individuals working under the unified auspicies of a “new way” (as bizarrely poetic as it might have been), informed equally by deconstructive post-modernism and the burgeoning influence of Human Centered Design. It’s a document of a very specific, hard-to-classify design impulse that flourished for just a few years before the multi-disciplinary “ergonomics mania” of the 90s took hold of design schools world-wide, and started dismantling such high-minded efforts. 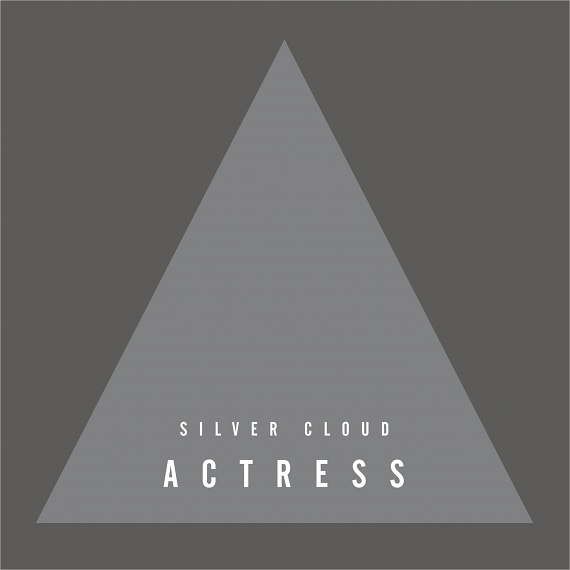