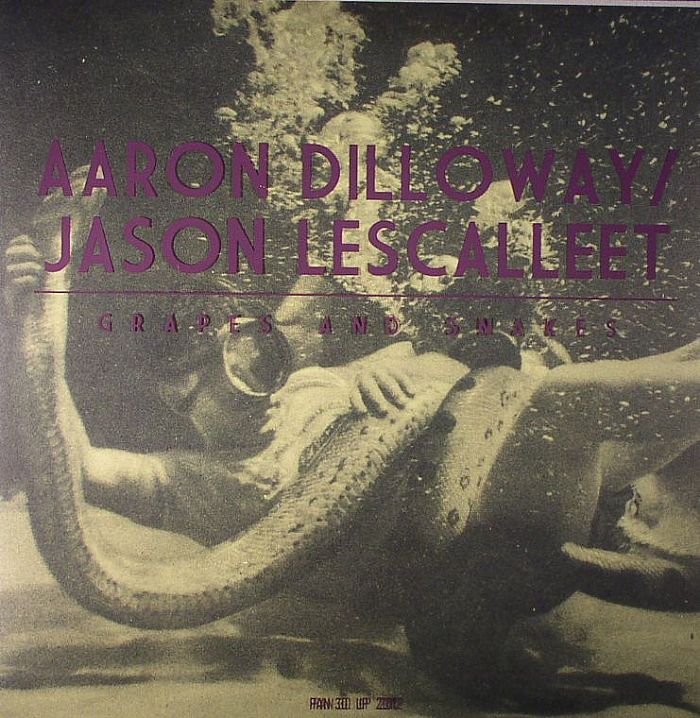 I’ve long been a fan of Dilloway’s histrionic tape loop mantras, both solo and as a part of Wolf Eyes. 20+ years in the American noise underground has given him a knack for highlighting the subtleties in his prolonged fits of audio violence. His compositions are never static, but embrace a measured pace of shifting sonic syllables within a high-volume, abrasive milieu. I’m less versed in Lescalleet, but I’ve seen his praises sung by some of the most venerable members of the music press for nigh on a decade (not to mention his truly surprising write-up in the New York Times alongside Matchbox 20 and Animal Collective) Plus, his personal email is literally “tapeloops@hotmail.com”, which is great on so many levels.

The LP is two side-long slices of (almost) unrelenting highbrow terror. Pretty much the definition of a headphone mind-expander. Epic, gritty synth loops surge along patiently, with plenty of room to swell, mutate, and engorge. The album’s two track titles, “Shattered Capsules” and “Burning Nest” capture perfectly the vintage sci-fi aesthetic that the crumbling synth tones recall, though almost every second is wrapped in a shroud of creeping paranoia. The loudest bits recall Bastard Noise’s extended hi-fi brutality, paired with stabbing high end synth swarming. Side two is a glacial crumble, made up of pleasently crispy, phaser-addled waves.

For all its crushing power, the tracks avoid the stale, monolithic drones that many long-form noise acts cling to, building up instead an utterly creepy wall of heavy, ricocheting electronics. These hypnotic, caveman mantras are occasionally punctuated with jarring loops of clashing swords or screaming pterodactyls. An atavistic “techno” stomp erupts near the second side’s culmination, to leave you feeling refreshed, after nearly forty minutes of draining (yet satisfying) oppression.

Saturated tape hiss fidelity, and crumbling, overblown synth rumble are the major players at work here, but the patient, cinematic pacing is commendable. Almost equal parts William Basinski time-stretch and Rodger Stella blowout. This sort of vintage-fidelity “hard sci-fi” outing should appeal to the new crop of bleak-mongers drawn to the crushing cinematics of acts like Demdike Stare or Sandwell District. A new classic by two modern masters.