Rev You: Madteo – Noi No LP

I’m a little late to the party, but I can’t pull myself away from this late-2012 chunk of playful darkness from NYC art-house outsider Madteo. 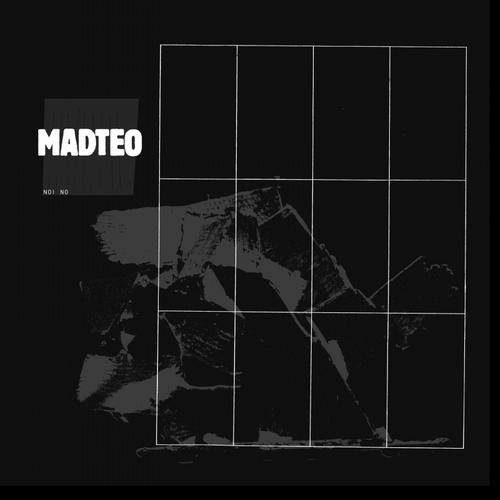 The 11 experiments that compose the LP are in turn heavy, compelling, goofy, seductive, difficult, and cracked. Released into the world by Finnish label Sahko, champions of such out-sound missionaries as Ø (aka Pan Sonic’s Mika Vainio), and Globule favorites NSI, it’s the perfect type of non-standard outing to make you question your musical motives.

The backbone of this enigmatic release is its use of fragmented samples. Half-spoken statements, half-hearted melodic lines, and all manner of dark, gauzy pads trip, stutter, and shuffle throughout every track. On even the most linear cuts, unstable filter-house moves tether the mercurial vocalizations, which echo as if from the bottom of a sewer.

The track “Rugrats Don’t Techno for an Answer” comes closest to the mainstream, threaded through with de-contextualized samples of Drake’s “Marvin’s Room”. The “rugrats” in question chirp ignorantly over Madteo’s own more atmospheric, subtly organic morass. Though it might sound insufferably snarky, the result is more AFX than Kid606. It’s a complex piece of conceptual irony with plenty of ambiguity. In the light of the more extended loop manipulations that make up the bulk of the album, this experiment reads nothing like a “remix” or straight ahead subversion. In some ways it’s reminiscent of Arca’s recent genre-queering work, but without the street-wise bounce.

One track, the 6 minute “Vox Your Nu Yr Resolution”, which repeats the title phrase and its answer (“Stayin’ out of trouble”) in a dizzying cascade of chopped and stuttering fragments. The closest touchstone might be Steve Reich’s tape phase pieces, especially “Come Out”, or the early work of Nicholas Collins. Perversely non-musical, but hypnotic nonetheless.

These arch-conceptual experiments are cut with several more low-key interstitials built around the patient gating, slicing, and triggering of a single synth pad or sampled phrase, creating dark, loping atmospheres.

In total, Noi No is a mostly successful collection of post-everything glitch experimentation that seems pleasantly sincere in its desire to subvert without belittling its subject matter. To me, this is highly personal computer music at its best.