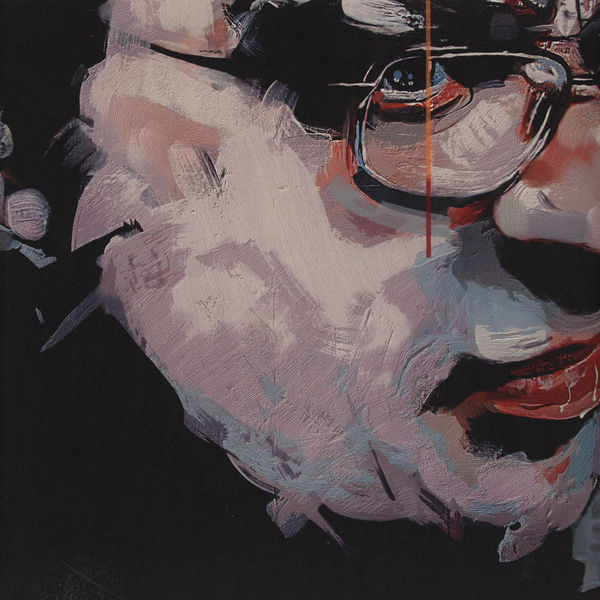 Plekzations is the latest full-length statement by Nick “Ekoplekz” Edwards, hater of proper spelling, and lover of all things knobby and tweakable. The LP sees Edwards shedding the moniker, and powering forward with almost an hour of his signature post-industrial dubby explorations.

Consisting of four 15-minute workouts of dubby, gritty, tape-echoed alienation, Edwards’ signature sound recalls the salad days of pedal-phile manipulators, like mid-period Black Dice, or vintage Excepter, but with a Dub/Kraut patina all his own. Images of live performance corroborate the connection. In every shot I’ve found, Edwards stares down a table full of non-standard devices heaped in a path-cord thicket. His hands-on approach is right up front in the audio document, with a gritty, unpolished production style throughout.

Each track definitely has its own style, though there’s a consistant sonic palette grounding the collection. The album as a whole maintains a sort of perfectly measured bleakness, operating in an “early industrial” home-taper mode, with plenty of echo-laced and synth-tinged sonics. Spacious reflections and ricochets, plenty of looping buzz, and a warm, “live room” fidelity saturate throughout, the churning layers occasionally falling in to a pleasant, krauty chug, of perfect vintage. The tracks really work as long-form compositions, with just enough rhythmic dynamism to keep you interested. 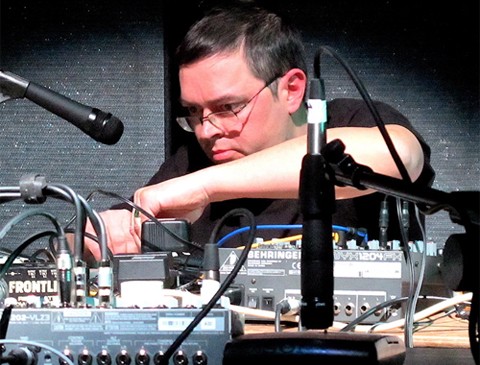 Despite a nerdly poise, and obvious meticulousness, Edwards never resorts to gear-worship or falls into straight program music. He also manages to avoid the arpeggiated trance-outs or simple pad-wash of the synth-revivalists, reveling in the “anti-music” freedom of the best late 70s experiments (while eschewing the fascist overtones). A comparison could be drawn to some of the more open-minded manipulators of the American tape scene, like Flower Man or Three Legged Race, while the occasional inclusion of languid, “no-wave funk” basslines recalls the noise-blues of Michigan weirdos Stare Case. Nick Edwards is clearly a man who truly “plays electronics” (analog and otherwise) with the best of them.

Outside just the sounds on wax, Edwards’ refreshing lack of personal mystique and overt aesthetic posing are what really endear me to him (unless he’s so far ahead that he’s copped an “aging nerd” look in service of his career, which seems highly unlikely). He seems a populist and basement-dweller at heart, and more than anything, he’s a just a dude who loves what he does.

His mid-fi, live-to-tape sides seems to nestle comfotably in the cross-brow niche that bridges the gap between the new cassette culture underground and the academic electronica clique of labels like Type and Editions Mego (Having been released on the latter). I’m kicking myself for sleeping on limited releases past, as I can easily see his output as a high water mark of a soon-to-be-overlooked sub-sub-genre. Don’t sleep.