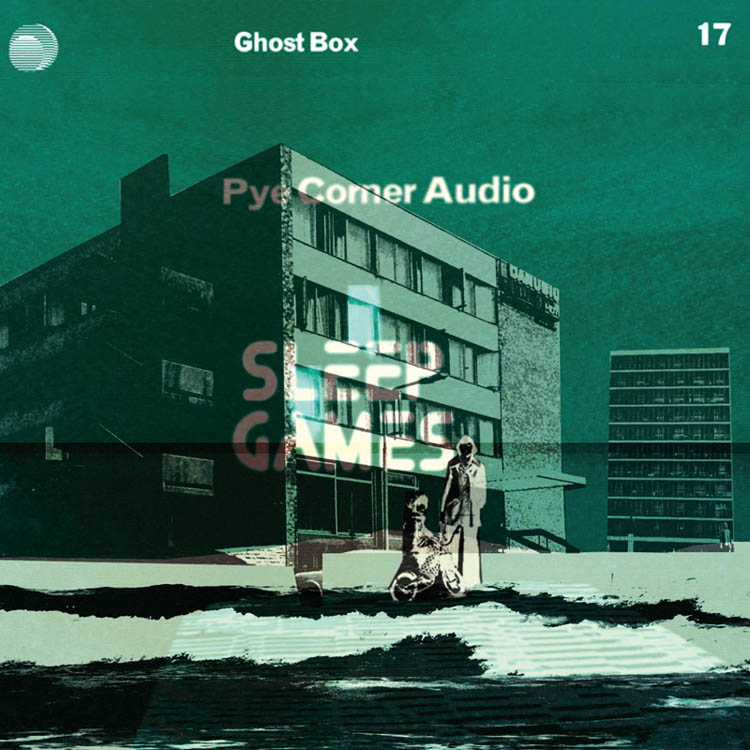 Mysterious UK synth loner Pye Corner Audio steps up to the majors with “Sleep Games”, a new full length for the venerable Ghost Box. Pye Corner practices a familiar yet alien brand of a vintage sci-fi songcraft that dovetails nicely into Ghost Box’s “hauntalogical” agenda. The label represents a niche meta-genre whose heros include BBC Radiophonic Workshop darlings like Delia Derbyshire and Tod Dockstader, but whose true sonic genesis might lie in the early work of Boards of Canada. Pye Corner’s 3-volume “Black Mill Tapes” on Further Records were artfully composed highlights of last year’s tape-milieu, and this LP delivers more of that same dusty genius in a more taught, compelling package.

The album employs a plethora of satisfying touchstones from decades past. At its most effective, white-noise hats and ghostly claps shuffle along melodic and menacing soundtrack synthesizing of the deepest order. Warm, tape-saturated distortion adorns each track in varying degrees, adding layers of refracted wistfulness to a largely dark and menacing sound palette. There’s plenty of antique airlock tape hiss and vintage spring-sproing reverb for the real heads, while occasional found-soundscapes and plodding mystery ballads break up the shadowy street scenes.

The most fully realized tracks on the album blend the standard spectral faire of Ghost Box mainstays like Belbury Poly and The Focus Group with darker, minimal-wave martialism. There’s plenty of Giallo influence in these more hard-stepping outings, with rock-solid kicks bolted to a vacant dancefloor. Gone is the “Anglo-eccentric” bent that defines the Ghost Box Sound, exchanged here for a streamlined Detroit drive.

Ghost box has existed for close to 8 years, with a scant 17 full-length releases to its name. If one thing can be cited to the label’s credit, it’s their commitment to consistency and clarity of vision. The label is given a new lease on life with the signing of Pye Corner, an addition so perfect it’s hard to believe it isn’t yet another pseudonym of the label’s co-founders Jim Jupp and Julian House.

Despite the album’s vintage trappings, this collection feels definitively contemporary, citing the Italo/Horror revival (which has already flashed in certain pans, producing little memorable content), and even giving nods to Sandwell District-style side-chained darkness. In some ways a departure from the label’s typical library-music miniatures, this set plays best as a collection of uniquely inflected technoid experiments. If an artists exists to be referential, there’s something to be said for utter conviction, which Pye Corner Audio demonstrates here in spades.

Listen to a snippet from this mysterious unit’s latest live appearance below, and peep the entire LP at your convenience on Spotify.