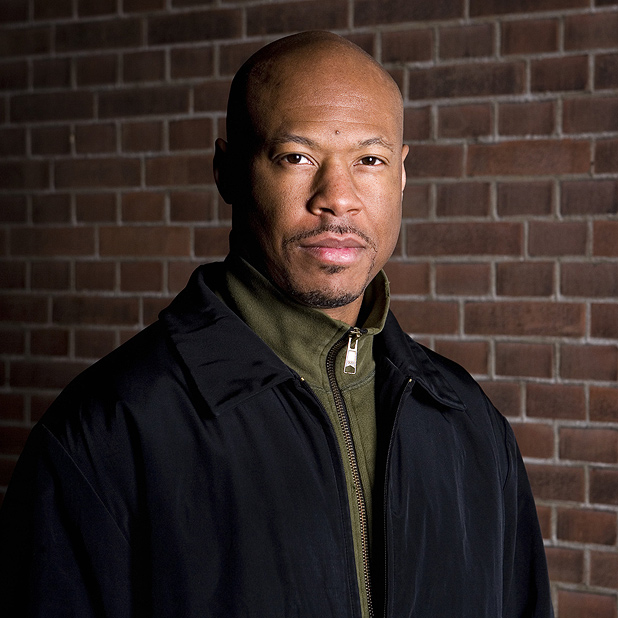 In the world of Techno, there is almost no one bigger than Robert Hood, having basically co-innovated the concept alongside fellow Detroit practitioners Juan Atkins and Jeff Mills at the dawn of the 90s. With his latest LP “Motor”, subtitled “Nighttime World 3″ (its previous 2 volumes having been released in 1996 and 2000 respectively), Hood continues in his long tradition of truly exemplary tech-house excursions, all thematically tied to his long-suffering homeland, Detroit. Billed as a “concept album”, “Motor” evokes just about every facet of the famed city’s history. From the industrial clank and smokey ribaldry of its Halcyon days, to the desolate night-scapes of its near-abandoned present, all charged with the cyclic, driving purity of the “automotive” impulse that forged its identity half a century ago.

The album is a dense, varied, and engrossing effort, built on a wholly unique yet purposefully referential sound-set, with a nuanced, off-the-cuff flair. This being a true “Album”, (and clocking in at nearly 80 minutes) Hood directs the tracks, and indeed each sound, cinematically, not just in dynamics, but with an overt sense of plot and pacing. The storytelling aspect is completed by the simple yet evokative track titles, which are undeniably apt.

Hood, as one of Techno’s innovators, is thankfully liberal in his approach to composition. These 12 lengthy workouts are through-composed in a way that is almost totally singular, with an emphasis on 4-on-the-floor bass hits being the only shared trait. On top of this stripped down framework, Hood brings layer after layer of morphing digital/acoustic sound, embracing the stereo field, and throwing all manner of sonic curveballs. Each track is inhabited by evolving sonic characters, whose through-lines are brought in and out of focus over the its length. There’s plenty of variety at play, as each track is shot full of post-apocalyptic ambience, industrial shrapnel, string stabs, and all manner of synthetic filigree, executed with a loose, improvisational verve.

A sense of melodic interplay is the real surprise element, as panning/morphing synth shards and throbbing bass registers share the stage with a mechanically soulful piano vamp, or tear-jerking string swells. Of course, there’s still a handful a few heads-down techno bangers in the mix for the purists.

To me, re-listenability is the hallmark of any great electronic release. This sprawling record boasts more than a handful of unusual grooves and settings which, consumed as a whole, perfectly compliment Hood’s obviously subjective and impassioned impression of his city. A mission statement, critique, and history lesson all in one. Robert Hood is a total legend, deserving of our attention for any one of a dozen reasons, but “Motor” should now be at the top of your list. In a perfect world, fully-formed releases like this should be expected of a veteran of Hood’s status, but how often are they actually delivered? This record works on a pleasantly surprising level, and could easily be a cross-over hit in months to come(see Homework, et al).

Fortunately for you, me, and everyone, the complete album is streaming on Soundcloud. ESSENTIAL!