Back with a few more nuggets from the “golden age” and beyond.

Art in America Cover, Winter 1965/1966
The cover story for this holiday edition is “Children’s Toys by Artists”. The specimen pictured was hand-crafted by none other than the late, great Milton Glaser, in a pre-post-modern display of his playful pop-art chops.

Advertisement for Larry Bell Solo Show, 1966
One of my favorite Finish Fetishists gets his name in lights alongside some big league players (Nevelson & Vaserely, dang) at the tender age of 25! Great use of negative space and you’ve got to love that “futurist funk” typeface. Ahead of the game. 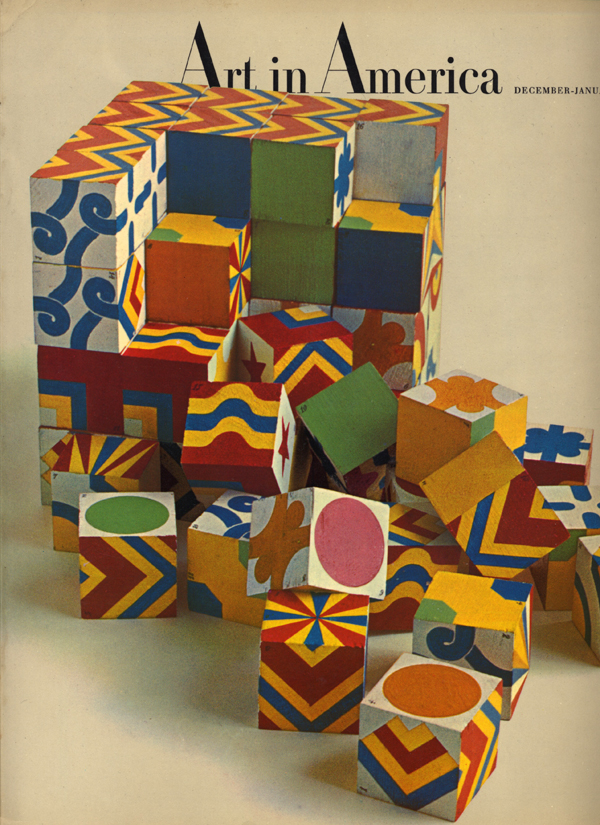 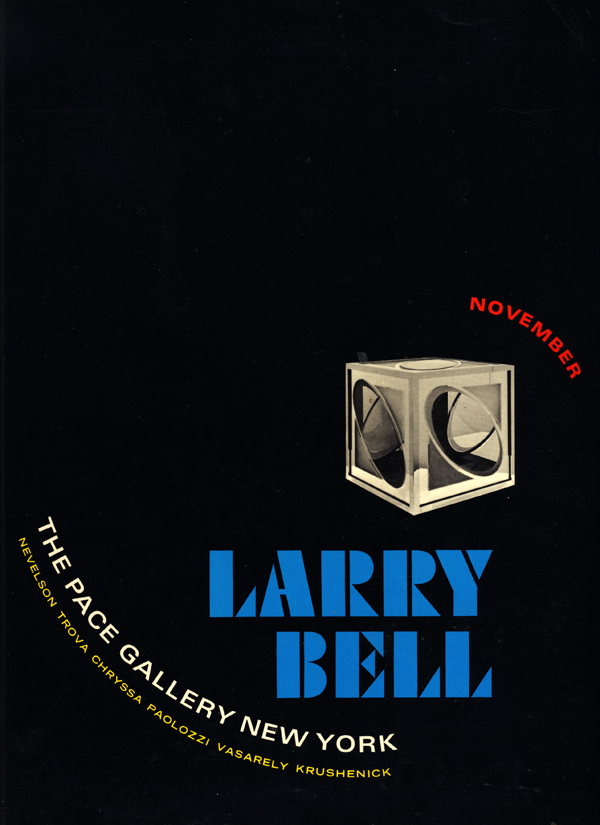 French Language Guide to the Moscow Olympics 1980
Ok, so the design’s a little cluttered, but those two typefaces are straight-up UNTOUCHABLE. That heavily shadowed sans is bursting with questionable cold-war enthusiasm, while the thin-lined bold on the bottom is a beautifully bizarre attempt to transport Mexico 66 to the Eastern Bloc. We all know Olympic graphics are a never-ending font of mid-century design inspiration, but the unpolished optimism on display here is truly refreshing.

Truck Drivers Dictionary
Though there’s no date to be found inside, the playful line drawings and pseudo-Swiss-grid layout probably peg this to the mid-60s. The bold, oh-so-midcentury palette is achieved through 2-color printing on marigold stock. If there’s a better 3-color combo than green, orange, and yellow, I can’t think of one.

Death Under A Sail
Ah, Penguin. Where would I have been as a young, design illterate scamp, without the playful severity of your paperback covers? High modernism at its best. Now that the web has gone “flat”, it might be time to start paying attention again. #Relevant. 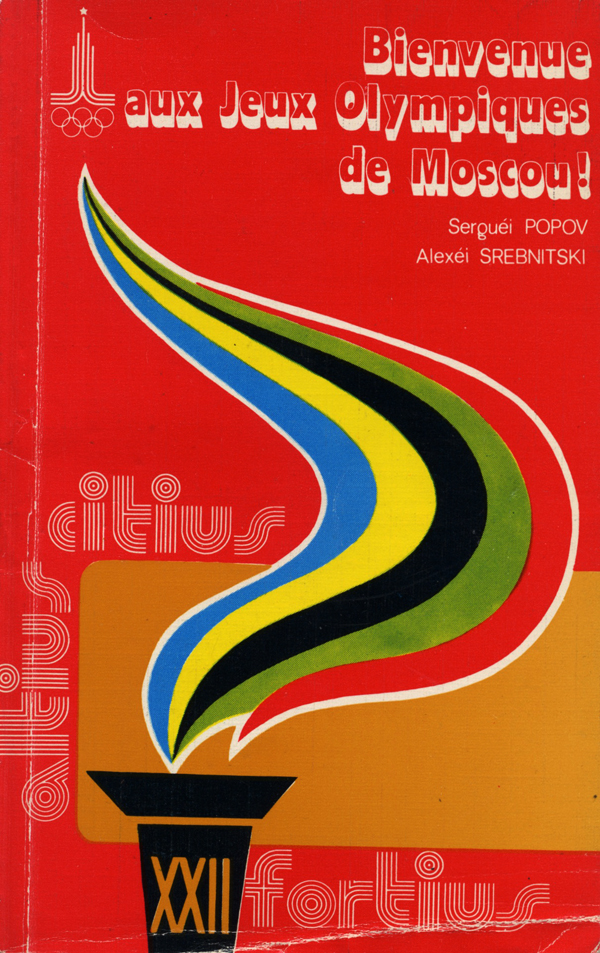 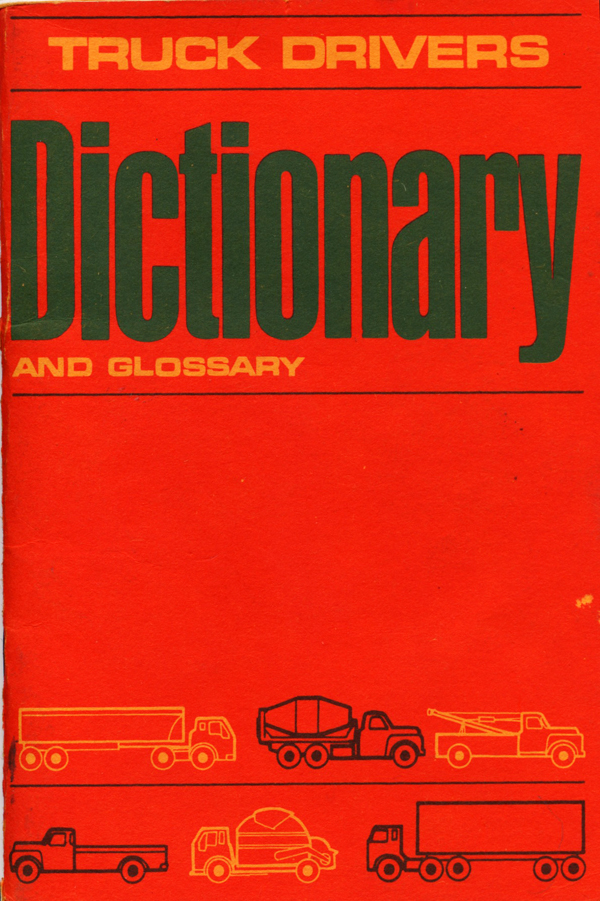 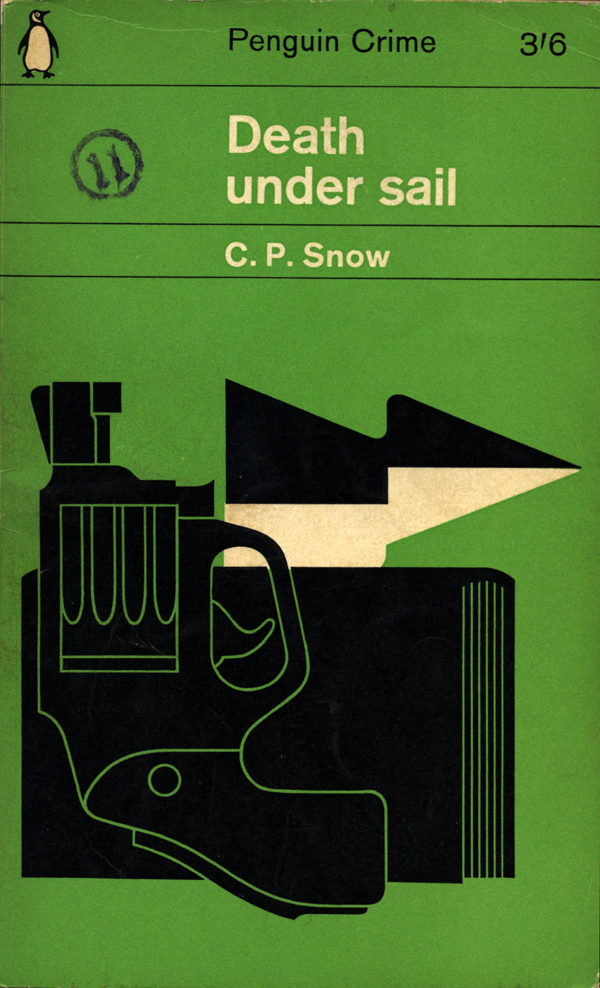 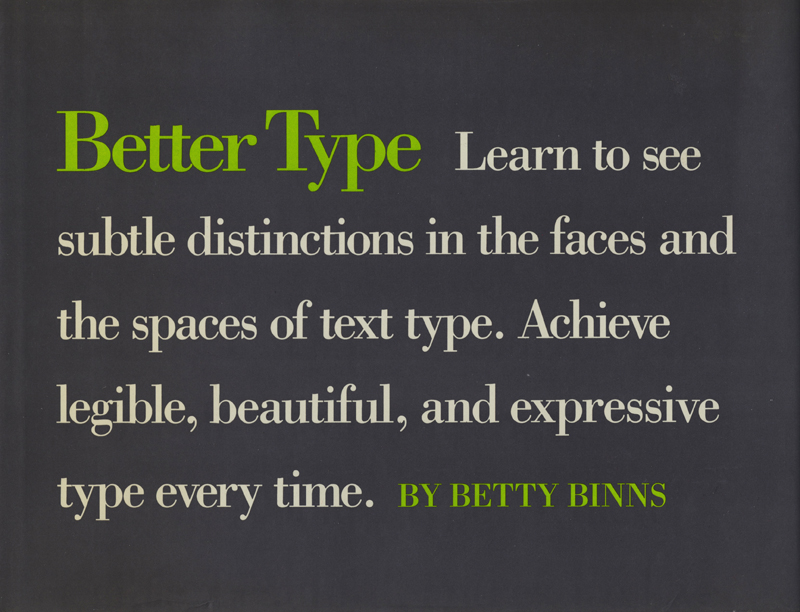 Better Type
Ok, two things. First of all, this is a great cover. Nothing here but a big ‘ol paragraph that’s the title, layout and pull-quote all rolled into one. Secondly, this is a seriously fascinating book. Over 100 pages of minute variations on a theme, namely the setting of type into paragraphs for legibility and style. Characters per pica, ragging technique, and “text color” (the general texture of a text block based on character contrast and negative space) are all covered in detail. A rigorous lesson-book and invaluable encyclopedia of obsessive typesetting technique. Copies on Amazon regularly sell for under $5. Step your game up.